Named after Sándor Bálint, the building is one of the community centres in Szeged with the monst renowned past. The founder’s predecessor was the St. Vincent Association of Újszeged, which in 1927 made a decision to build a cultural house. The institution became one of the popular community institutions of the city in the 1930s: it was a venue for valuable performers, theatre performances and charity events. From 1953 onwards, the institution continued to function under the name ”7th of November” as a council house of culture, and since 1990 it belongs under the Municipality of the County of Szeged. By 1958, it has already become more and more of a city center for culture, although it could hold this title between 1968 and 1978. During this period increasingly prestigious literary evenings, national exhibitions, and highly-attended movie clubs appeared in the program, also welcoming many of the great actors and artists of the time. From 1979, this profile gradually expanded and transformed: besides literary and artistic life, almost all other branches of culture found their home in the institution, and numerous communities, circles and associations were founded within its walls. In 1989, the institution adopted the name of the ethnical and cultural historian of Szeged, Sándor Bálint (1904-1980). At the same time, the change also meant some cleaning of the profile, with the literature, especially local and contemporary literature, local values, and contemporary art and music becoming the focus of their work. 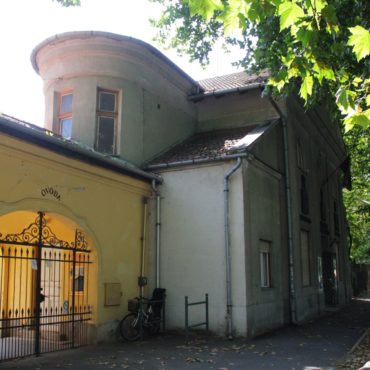