The Dömötör Tower is the oldest building of Szeged, its foundations dating all the way back to the 11. century, and is the only remaining part of the St. Demeter Church, first mentioned in 1199, and located on the site where the Votive Church can be found today.

The church had been reconstructed many times throughout the centuries, achieving its final state by the 18. century, having as many as six floors by 1709. The city council decided to replace the church with the Szeged Votive Church in 1913 – during construction, the Dömötör Tower was found, built within the walls of the former building. Led by architect Béla Rerrich, there was a successful effort the renovate the tower, and by 1931, it has been turned into a baptismal chapel. Statues from the High Middle Ages were placed on its inner walls, while the newly-cut entrance gate was graced by the oldest known statue of Szeged, the “stone lamb”, dating back to the 12. century. Inside the tower, there is a fresco by Vilmos Aba-Novák of the baptism of Hungarians in the 11th century, for which he has won a gold medal at the 1932 Padua Religious Art Exhibition. The iron gates of the tower, also designed by Béla Rerrich, represent different phases of human life with Christian liturgical symbols. With the 2015 reconstruction of the Votive Church, the tower has also been renovated and is now open to the public – and also frequently serves as an incorporated element in the sets of plays for the Szeged Open-Air Festival. 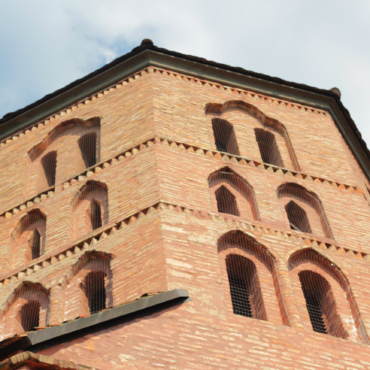 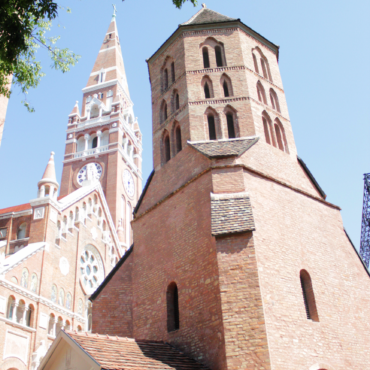 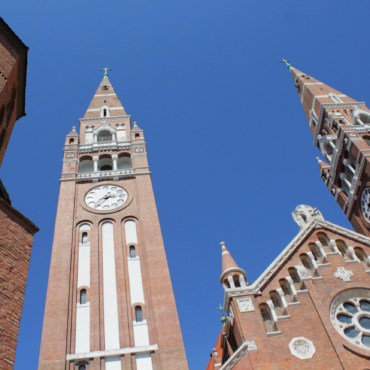 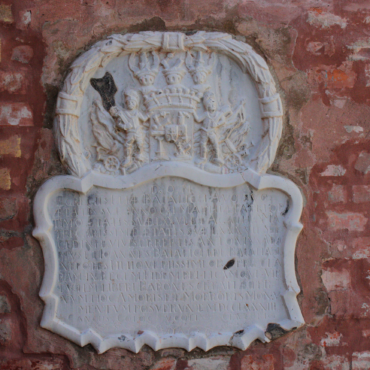