Makó Thermal and Medicinal Spa (Hagymatikum) is a spa complex with experience, spa and wellness facilities in the heart of downtown, the most important tourist attraction of Makó. The water was first brought to the surface from thermal spring in 1956, and was serviced by a building five years later, which in the first years served purely hygienic purposes, commonly referred to as the public basin. From 993 meters deep well, 41 ° C alkaline bicarbonate water flows. After the change of regime, the bath was gradually transformed, first the medical department was built, and from the 2000s the city administration has considered the expansion of the spa with aqua park elements, from which the increase in the number of guestsand the introduction of tourism were expected. The largest part of the organic building complex, which was completed in January 2012, was designed by Imre Makovecz, while the training pool of 2007 is the work of his student, Lőrinc Csernyus. 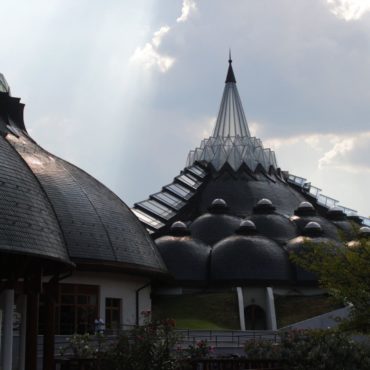