In September 1945 the pupils of the Dugonics András Secondary School in Szeged with support from their teachers and parents made the decision to create a puppet theatre. With the help of the Free Cultural Inspectorate, in 1946 the construction of the theatre commenced in the Catholic House at Dugonics Square. In the end, the finished puppet stage was erected in the art room of the Piarist Secondary School. The opening ceremony of the puppet theatre took place on 24 December 1946 with a performance of “János Vitéz” (John the Valiant). During the season four more pieces were staged; Moliere: The Doctor Despite Himself, János Arany: “A bajusz” and “Jóka ördöge” (The Moustache and The Devil of Jóka), and Mihály Fazekas: “Lúdas Matyi” (Matt the Gooseboy). By the beginning of the 1947/48 season the performances were moved to the theatre hall created in the basement of the Dugonics Secondary School.

The city soon got to know the enthusiastic little company and by the summer of 1948 they were performing at the Industrial Fair. The autumn of 1948 left its mark on the life of the theatre, control was taken over by the Union of Teachers in place of the Free Cultural Inspectorate. From the founding puppeteers only Béla Kövér remained as technical support. The period until 1954 for the Puppet Theatre was literally a fight for survival, they had to move several times; first to the School of Business and Stenography (1950-52), then to the Oroszlán Street premises of the Union of Teachers (1952-1954). A final solution was found with support from the Szeged Metal Works and the City Council in the new puppet theatre built with their own hands in Dózsa György Street.

The “Small Puppet Theatre” opened its gates to the audience on 16 October 1954 with a puppet show by Dezső Szilágyi entitled “Mackó Mukik” (Bear Fellows). The Puppet Theatre operated from the beginning under the authority of the City Council, then from 1959 direct economic supervision was carried out by the November 7 Culture House. Between 1955 and 1959 the theatre performed many provincial shows, partly to improve its financial situation. In this period 45 villages and towns of four counties were visited. The end of the guest performances and more effective council support resulted in a significant improvement in the artistic standard of the theatre. The first stop in 1960 was a new adaption of “Lúdas Matyi”, which was considered as a pioneering step in the era of “natural puppeting”. At the Festival of the Provincial Puppeteer Groups held in Budapest this initiative was not yet accepted by everyone. The “Árgyélus királyfi” (Prince Argylus) shown in October 1960 won the recognition of both the audience and the profession. Dr Béla Kövér’s greatest support in finding new directions was his friend, designer Iván Koós, who happily helped the amateur group from this point onwards. From 1964 the company worked under the name of the Szeged Puppet Theatre with the members of the group producing two performances at the weekends. The Puppet Theatre season ticket had been also developed at this time with five shows per year. Between 1965 and 1974 the puppet group was the guest of the International Puppet Festival, held alternatively in one year in Békéscsaba and the other in Pécs. After that, preparing for the festivals, which certainly required a considerable investment of energy, was beyond the group. One should not forget that all members of the group were involved in puppeteering in addition to their normal jobs (Dr. Béla Kövér at the time was the HR Manager of DÉLÉP, the largest company in Szeged).

1977 represented again a new chapter in the life of the Puppet Theatre. A collaboration agreement was concluded with the Children’s Theatre in Subotica for an exchange of shows. This relationship is still ongoing today. In 1979 the management of the Puppet Theatre was taken over by the Bartók Béla Culture Centre. In 1983 and in 1984 the group made guest appearances in the German Democratic Republic through DÉLÉP. The shows “Hansel and Gretel” and the “Kiskacsa és barátai” (Duckling and his friends) were performed in German. In May 1984 the building at No 2 Dózsa György Street had to be vacated as a result of building works. The new building was not yet ready, thus temporarily the stage was set up in the great hall of the Bartók Béla Culture Centre.

A new era started in the history of the 40-year-old Puppet Theatre on 25 October 1987. The modern “all-knowing” theatre hall at No 50 Lenin Boulevard was completed, designed by Tibor Bakonyi with the auditorium by interior architect Mihály Szekeres. It is the same building that currently still houses the Puppet Theatre. In the meantime, independent puppet theatres were constantly springing up, creating the external conditions for the foundation of a professional puppet theatre.

In 1993 the General Assembly of Szeged City, the County seat, founded the institute of the independent Szeged Puppet Theatre. The new status brought new challenges; amongst others, a professionally trained staff had to be assembled to serve the increased number of performances (the Puppet Theatre has six shows per week instead of the previous two). In 1995 the circle of foreign partner theatres was extended by the Timisoara Puppet Theatre. In 1996 the Puppet Theatre adopted the name of Dr. Béla Kövér, who had died in 1994. To ensure the training of a professional staff, a puppet theatre actor training studio started up from January 1996. In 1998 eight people were awarded puppet theatre actor qualifications. The studio carried on working with another six graduating in 2001. The special puppet making profession also made the start of a separate puppet making course necessary. The majority of the current members of the group received their qualifications in the home studio. In 2003, the Puppet Theatre, which has since outgrown its home, was extended with new facilities. The poor conditions of many years ended, as essential facilities were finally created: changing rooms, rehearsal room, offices etc. Nowadays, the over 60-years-old Béla Kövér Puppet Theatre maintains regular live contacts with the children’s theatres operating in the Hungarian populated areas of the region. The group regularly visits the nearby towns in Romania and Serbia and at the same time they try to be present in all noted Hungarian festivals. In Szeged, the Puppet Theatre continues with its shows, hopefully to the full satisfaction of both younger and older audiences alike. 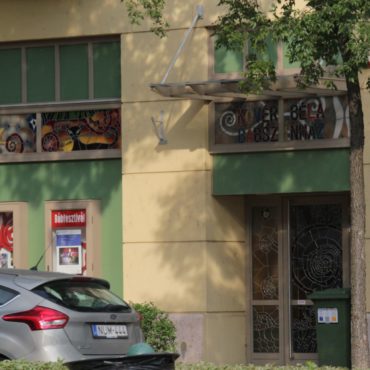 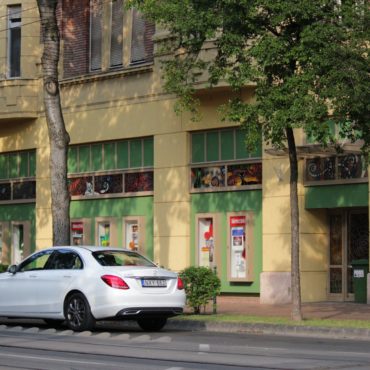