A year after the 1738 plague epidemic in Szeged, a small church was built in 1739, dedicated to St. Roche (St. Rókus in Hungarian) to honor God’s help in combating the disease. The Rókus Diocese was founded in 1805, along with a day-care center, a school, and a community house. A new church, replacing the chapel, was dedicated in 1833, but was heavily damaged during the Great Flood of 1879. Therefore, yet another Neo-Gothic church was built (1905-1909), which was also used as a center for the bishopry for a while. The area surrounding the church was inhabited mostly by laborers, and the church’s vicar was the founder of the first female labor union in Hungary, to protect women in the textile industries. Nowadays, there are still a large number of Roma minorities and other, disadvantaged groups around the area, who are supported by the parish with free bread twice a week. 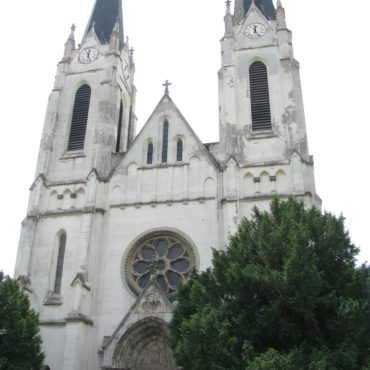 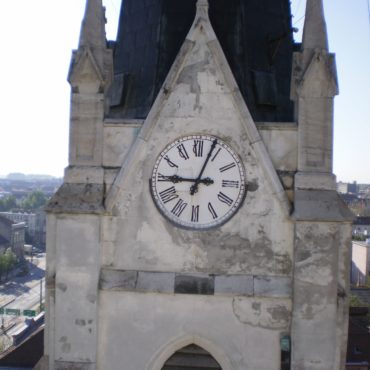